Normally, a great image just doesn't happen - it is carefully planned and meticulously composed. Once the subject has been selected and the appropriate light has been attained, the photographer must now compose the scene in the camera's viewfinder.  Often, I utilize the simplistic "rule of thirds" and the four sweetspots on the film frame to produce eye pleasing images.  If you think of two equal spaced vertical lines intersecting two equal spaced horizontal lines, then the sweet spots are the four intersecting points within the viewfinder frame.

It is here that the eye will often be drawn for that key focal element in your image.  In landscape photography, keeping the horizon along one of the two horizontal "third" lines results in an effective separation of earth/water/snow and sky. 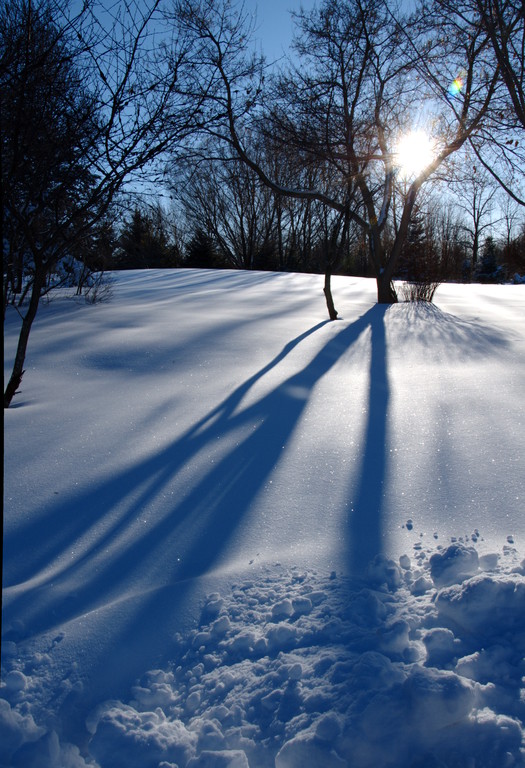 In addition, remember that lines in your image have very different effect on the viewer depending on its slope.  Oblique lines indicate motion and lead the viewer's eye along the line either toward a point of interest or potentially out of the picture thereby creating in the mind of the viewer, the impression of unknowns that lie beyond the field of view.  Horizontal lines imply static, serene and peaceful events, whereas vertical lines can imply grandure, exaltation or majestic exuberance.  Use these techniques to heighten viewer interest in your images.