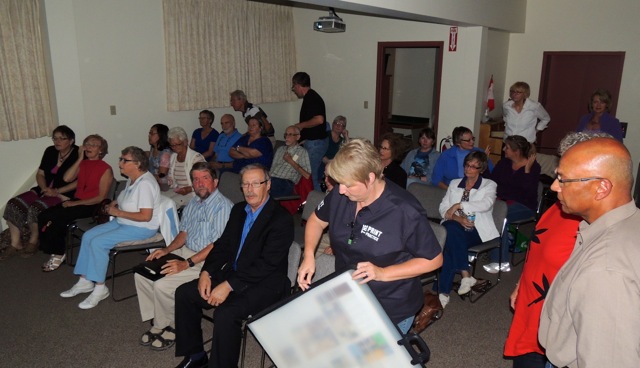 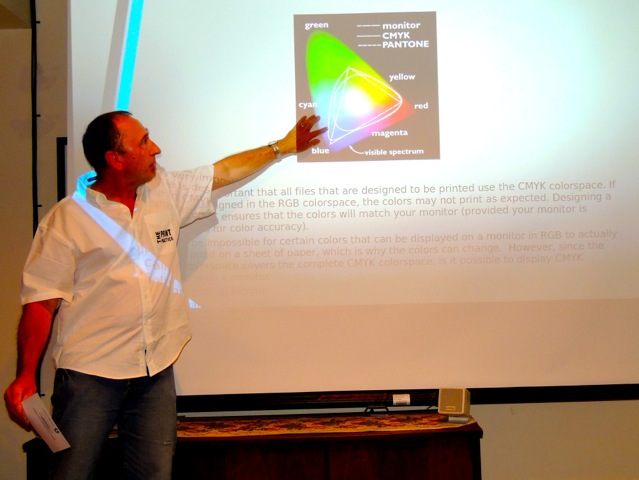 Approximately 30 people were in attendance at our September 8th meeting.  Many were there to learn about printing images from Graham Chapman - the owner and operator of The Print Practice, a custom photo printing business in Bloomfield.  We learned about bleeds, trims, safe zones, RGB vs CYMK colorspace, sRGB vs Adobe RGB, resolution and editing priorities.  Graham discussed issues to consider and showed samples of printing options such as large format canvas, card stock and many others.  He also cautioned about potential conflicts between printer driver software and graphics image editing software (i.e. Adobe Photoshop). It was a very informative discussion for the assembled members. 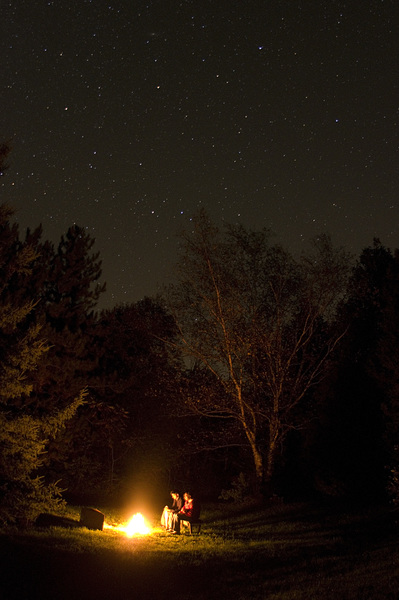 Ramesh put on a tutorial on night photography, covering a broad range of topics including urban scenes, fireworks, twilight and shooting the stars.  He ended with a short but breathtaking display of images of the skies above us.  He discussed the required tools (really just a camera. tripod and flashlight) and the techniques - wide aperture, slow shutter speed and tips on how to focus in the dark.

Three slideshows were also on the agenda complete with sometimes suspenseful and other times "toe-tapping" music to accompany the images. Carol put together a delightful rendition of the Hillier Medieval Festival which included images from nine club members. The Mariner's Park/Little Bluff Conservation Area club outing was also put into a slideshow with photos from 11 different members.  And finally, the August Club Challenge - Olde Woods - included images from 21 different photographers.  The latter two groups of images have been posted to our Facebook page - so if you missed the meeting or want to revisit the images, please head on over to www.facebook.com/countyfotoclub to have a look!

The September Club Challenge was handed out - namely "Relics of the Past".  We also indicated that the October Challenge would be "Fall Colours" - given out a little early just in case mother nature decided to get a jump on the cool weather this year!  The September club outing (and subsequent slideshow) will be the Milford Fall Fair - Saturday Sept 14th.  The parade starts at 11:00 am and the show is on all day.  This is a typical rural Ontario Fall Fair and our goal is to capture the emotions and atmosphere from such a fun event. Hope to see many of you there.

All in all - a very enjoyable evening!
Posted by CountyFotoClub at 16:07